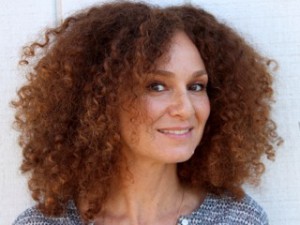 Assistant choreographer and director for Helios Dance Theater. Diana graduated with a B.F.A. from California Institute of the Arts where in her final year she was awarded a full scholarship to study abroad for a semester at London Contemporary’s Dance School in their exchange program. Upon graduating from Cal Arts, she became principal dancer for Helios Dance Theater. She would go on to perform many productions and collaborate with Helios’s founder and choreographer, Laura Gorenstein Miller for two decades. Due to Diana’s longevity in the company and deep understanding of the choreographer’s idiosyncratic movement style, Diana’s role of dance and collaborator gradually shifted to include rehearsal directing and ultimately assistant directing for Helios. Diana accompanied Laura Miller in working with ABT’s studio company as well as with the Milwaukee Ballet. She has also collaborated with several other dance companies such as Kate Weare and Company based in New York and Maria Gillespie’s Oni Dance, to name a few. She has performed on stages across the country, from DTW and Saint Mark’s Church in New York to ODC, the Getty Museum, Redcat and Royce Hall on the west coast. Ms Mehoudar has appeared in several music videos including Ice T & Black Uhuru’s Tip of the Iceberg as well as in feature films Fear and Loathing in Las Vegas and The Astronaut’s Wife. Eventually, while transitioning her dance career away from the stage, Ms. Mehoudar followed her musical ambitions. She went on to play keyboard and sing back up vocals for recording artist Maria Mckee on her High Dive world tour. As well as record and collaborate with musician, film maker James Akin on his album The Shootist and film debut After the Triumph of Your Birth. Diana is a certified instructor of Pilates, body/mind technique. Presently she finds great reward in the ongoing challenge of bringing Laura Miller’s artistic vision to life. Diana lives with her husband and two daughters in rustic Topanga Canyon.