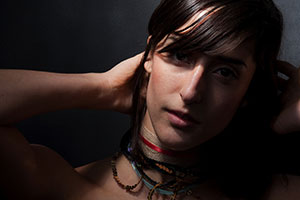 Originally from San Diego, Drea graduated from Chapman University cum laude with a BFA in Dance Performance under the guidance of Cyrus Parker-Jeanette. Since, she has had the pleasure to work with various Southern California dance companies and performed in venues throughout the US, Canada, Philippines, and Switzerland. In 2009 Drea was honored by the Dance Resource Center with a Lester Horton Award for Outstanding Achievement in Performance by a Female for her performance in Arrive with Backhausdance, and received a second award in 2011 for her performance in Gods and Marionettes with Los Angeles Contemporary Dance Company. Drea joined the Helios Dance Theater family in 2013.